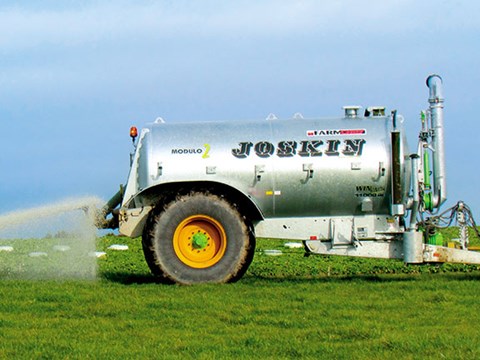 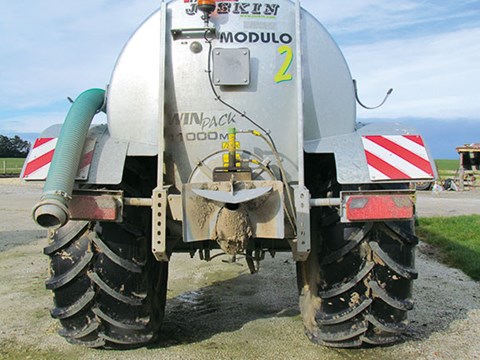 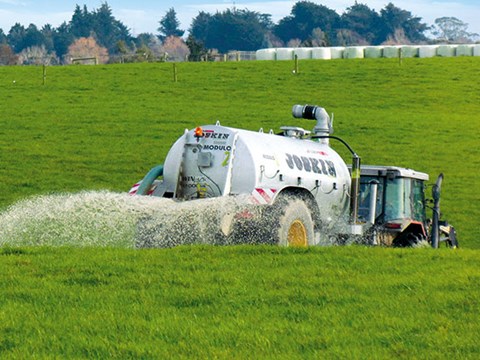 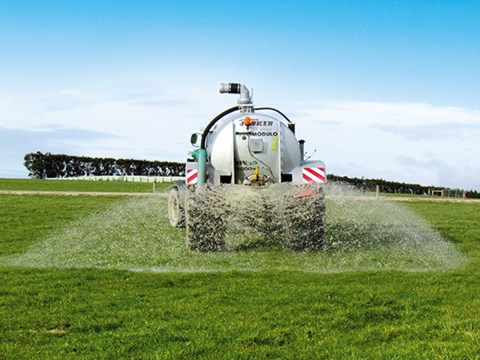 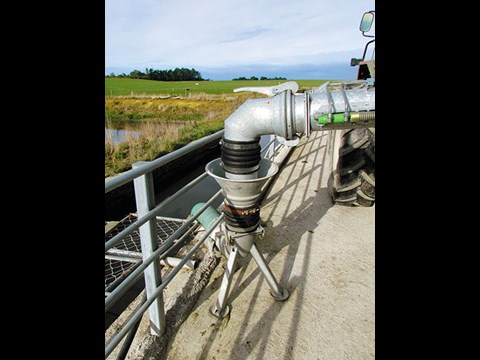 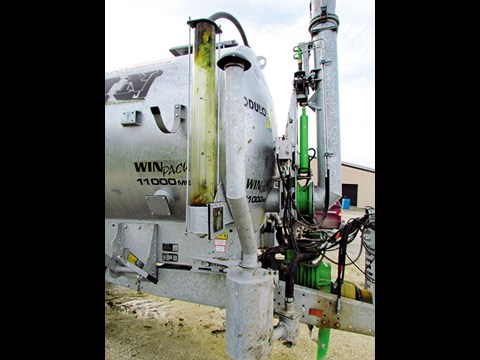 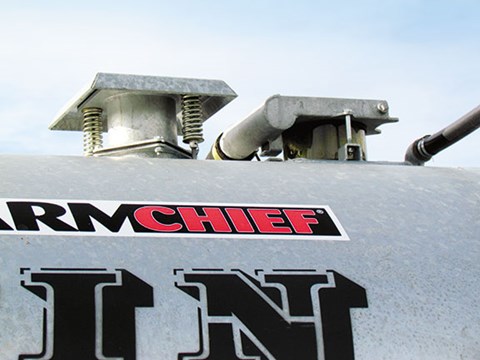 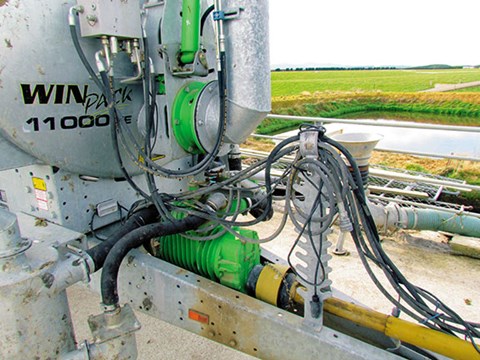 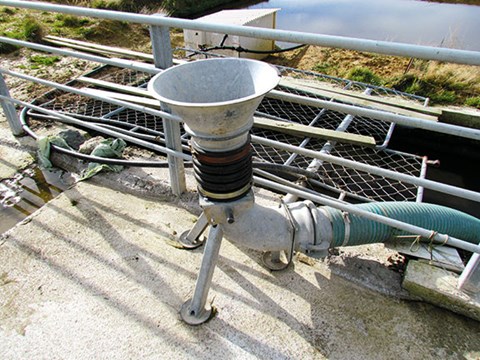 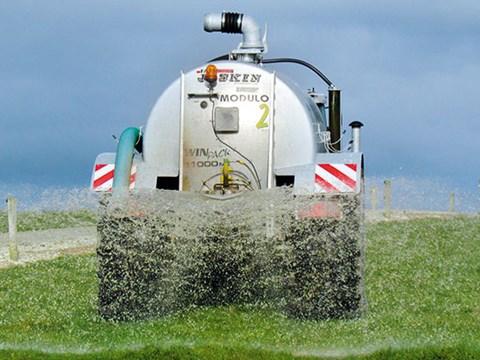 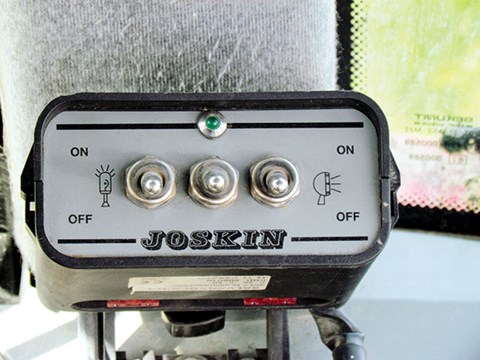 Joskin machinery is well designed and of excellent quality. The Modulo2 slurry tanker is no exception, with a number of features that make it suitable for almost any farmer.

There are two things you'll find when you come to Southland: there aren't many tractors without cabs, which probably has something to do with those "polar rodents" Jim Hickey keeps referring to. The second is that there are a lot of Joskin tankers scattered around the countryside. I don't know much about the polar rodents, so I will leave that to Jim and stick to explaining the reasons why these tankers are so popular.

When you look at a Joskin tanker you'll notice they are well designed, configured, and built. A number of functions are operated at once, and all the components are located in a compact style but still easy to access and simple to use.

Joskin has an international reputation based on the 'buy once, buy right' concept, where the machine may be slightly more expensive in the original outlay, but you will only ever need one.

This has made it the number one slurry manufacturer worldwide and with over 50 tanks and 700 options to choose from, there really is something for everybody no matter what your setup.

Victor Joskin started the Joskin Company in 1968 on the small family farm, but quickly added the resale of parts and machines to his activities and became an agent. In 1974, the small, dynamic company was spotted by various European manufacturers, including Krone and Strautmann, which offered Victor Joskin a dealership.

Joskin produces its components in series. The production process uses computerised plans and standardised templates. A constant level of precision and production quality ensures the reliability of the final product.

The assemblies are also standardised — this is required as the factory must respond as soon as possible to assorted demands. The extent of the Joskin production programme is almost endless, the components being largely modular to meet the demands of the customer.

This philosophy gave birth to the modular Joskin CARGO concept, which was awarded the highest distinction at the Brussels Agricultural Exhibition (Gold Ear of Corn at Agribex 1998).

Today the group employs 525 people in different companies, with Victor Joskin still at the helm. His wife and three children all hold integral roles in the management of the company. 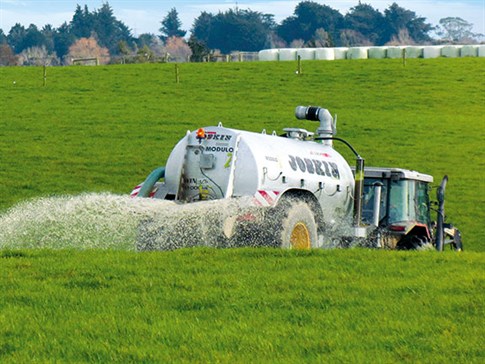 Our test machine belongs to Chris Russell, who owns a second year conversion milking 460 cows near Mabel Bush, 20km northeast of Invercargill. Having owned his Joskin 11,000 Modulo2 slurry tanker for just over 18 months, he is happy to sing the praises of the machine and the trouble-free service it has given him.

Chris opted for the Modulo2 machine due to the large single axle which made it easy to pull behind his Massey 6255. It also reduced ground pressure and left no scuff marks.

The build quality of these Joskin machines is second to none and its factories use CNC machines for unrivalled consistency. It also has one of the largest machine presses in the EU. The design and construction of the Modulo2 test machine is quite unique and classic Joskin, thinking outside the square.

Unlike most other slurry tank designs where a full chassis is used from tow eye right through to the rear of the machine, the Modulo2 has a full-length chassis from the front of the tank to the rear which includes a recess for the large rear wheels as well as what Joskin call a "rear buttress".

This is also fully-integrated into the tank itself for mounting injectors or curtain applicators straight on the back. By having the self-supporting structure incorporated into the tank, the drawbar is mounted at two points that are one-metre apart, so the tank has a low, wide centre of gravity. The wide mounts allow the pump to be well protected and also give ample length to prevent any components being damaged in the event of jack knifing.

The test machine was also fitted with drawbar suspension — a series of leaf springs located between chassis rails under the tank and the drawbar. With a smaller tractor upfront and a single axle, the suspension does considerably increase the ride comfort.

The Modulo2 11,000 tanker has a slightly lower capacity of 10,700L due to the wheel recesses. Chris's farm creates plenty of effluent — he did 633 loads last season alone. Each load does 700m² while unloading in the paddock, either one strip or one full lap depending on the size. Chris counted every load that went to each paddock and keeps a running total for fertiliser records. This allows him to compare the nutrient levels of each paddock on the farm.

Six paddocks unable to be carted to due to the steep contour are already showing poorer nutrient results, as no effluent has been applied in the last two seasons. Chris also contributes too the increase in grass growth by adding the extra minerals into the mix.

The large 800/65 R32 tyres reduce the footprint of the tanker, with the tractor marking the paddock more than the tanker, even in the relatively soggy conditions.

The Joskin has adjustable bolted running gear, this means the single axle can be adjusted infinitely along the length of the chassis to get the perfect weight distribution from the tanker to the tractor.

The Jurop PN106 vacuum pump on the test machine has a pumping capacity of 11,000 litres per minute. This specific pump is run in 1000PTO and has an average filling time of four to five minutes, depending on the composition of the effluent. The pump has auto lubrication and a 150mm pressure relief valve for safety and pump protection. Water and air cooling options are available, but come with an additional price tag. 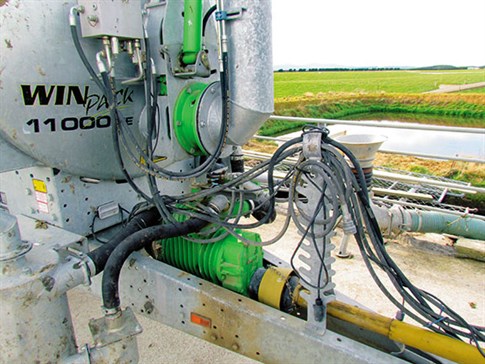 This feature is unique and seldom seen on effluent tankers, but the Joskin has an exhaust system from the pump which lowers noise levels and moves any fumes higher, out of harm's way for the operator. This works in the same way as the vacuum pump setup of most dairy sheds, and also has a tap at the bottom of the exhaust to drain any excess vacuum pump oil that accumulates.

Although relatively basic, the in-cab controller allows you to change the pump from suck to blow hydraulically from inside the cab by disabling the jumbo filling arm. This works very well for Chris as he has two holding tanks. So he leaves the jumbo filling pod in the main tank and the other six-inch suction hose in the second pond, which he manually attaches, but can control the pump easily from in the cab.

I thought this worked very effectively for monitoring the tank level. But this tank isn't very old and moss and mildew was already building up on the inside of the glass. However, there is a removable bung at the base of the sight glass for the purpose of cleaning it. This can be done by removing it while building vacuum, and the rush of air cleans it. Alternatively a hose can be squirted up in there.

I was impressed with the rear discharge plate with side deflectors which effectively angles the effluent down to reduce nitrogen losses. Apart from this it offers a practical solution because the wind doesn't catch the spray and distriubte it over the tanker and tractor.

The reason you buy one is so you don't have to get out of the tractor. The eight-inch jumbo filling arm on the Joskin is fit for purpose in that respect, but also has some other good features which impressed me.

The first was the transport locking system. This is excellent as the arm is quite long and without the lock can slop around, eventually flogging out the bushes where the ram attaches and increasing the R&M cost of the machine. This locks and unlocks automatically when the arm is either raised or lowered. Another bonus is that the arm can be switched from either right- or left-hand filling by pulling a pin and undoing a clamp, which is perfect for contractors who have to deal with a variety of pond setups.

The other good feature is both the filling pod and the filling arm have rubber flanges, which allows you to fill quickly every time, even if you aren't perfectly square on.

Other features of the Modulo2 machine 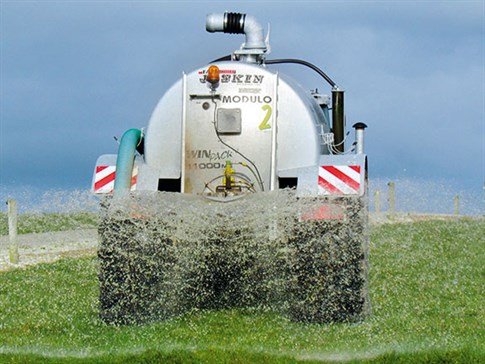 There is no denying that the quality of the machinery coming from Europe is of an excellent standard. I would go as far as saying that Joskin machinery is some of the best I have seen, particularly the way it is designed and its unquestionable build quality.

The beauty of Joskin is this: whether you have 100 or 5000 cows, or you are a small-time farmer or large-scale contractor, there are more than 50 tankers with 700 options to choose from. You may find you have too many options, but whatever you decide I can guarantee you won't be disappointed. 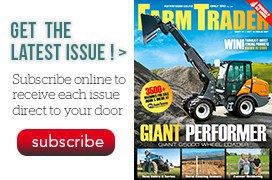 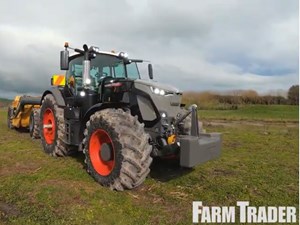